Tags: Only in Fishers

With the rapid growth and development in Fishers over the past several years, the City of Fishers’ Department of Economic Development has been hard at work building and sustaining our smart, vibrant, and entrepreneurial city.

The impact of the department’s work can be found throughout Fishers, from the businesses we engage with each day to the neighborhoods where we live. It’s this impact that attracted Megan Baumgartner to the department in 2015. Baumgartner joined the team as Assistant Director and was promoted to Director in 2019. 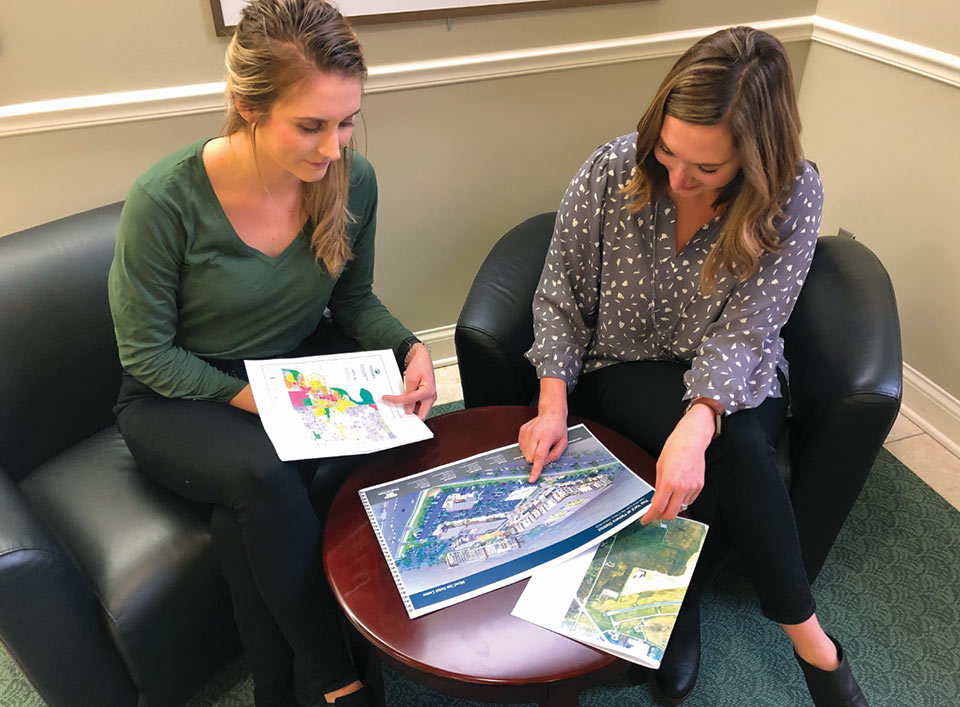 “It is really rewarding to experience the full cycle of projects and have them come to fruition, whether it’s new buildings that have gone up or companies relocating their headquarters here,” said Baumgartner. “It is thrilling to see ideas on a piece of paper have a tangible impact on the community.”

Baumgartner leads the City’s business engagement and recruitment efforts while serving as the main point of contact for redevelopment projects. Since her time at the City, Baumgartner has been part of the team responsible for attracting 25 new companies to Fishers and projects resulting in $500 million in capital investment and 4,900 new high wage jobs. She also led the City’s efforts to become a Duke Energy Site Readiness Program City in 2018.

“Unlike the stereotypical idea of a slow and inefficient government, Fishers is always on the move and thinking of the future,” said Alexander. “Ours is a multi-faceted department that is always changing with the different tasks.”

Projects the department has worked on include the Indianapolis Metropolitan Airport, Browning Investments redevelopment project along 116th Street, Hub & Spoke, and The Yard at Fishers District. The Yard at Fishers District includes the Fishers Test Kitchen, a unique culinary and entertainment destination featuring a multitude of unique restaurants, centered around a culinary accelerator in partnership with Sun King Brewery. The accelerator will give new chefs in the area the space to experiment new restaurant concepts and receive coaching from local restauranteurs.

“At its core, economic development is about sales. If you aren’t genuinely passionate about the product you’re selling, it’s evident,” said Baumgartner. “I think a lot of our success stems from our team’s honest belief in the Fishers’ vision and we share that passion in a humble and approachable way that encourages others to be part of our culture.”