Simona Buna has been an artist all her life. Harkening back to her childhood, she remembers her house as smelling of turpentine and oils and being filled with her mother’s and father’s canvases. One day when she was thirteen, she picked up a canvas herself and painted some tulips — her first creation! She was immediately intoxicated by her love for the creative. 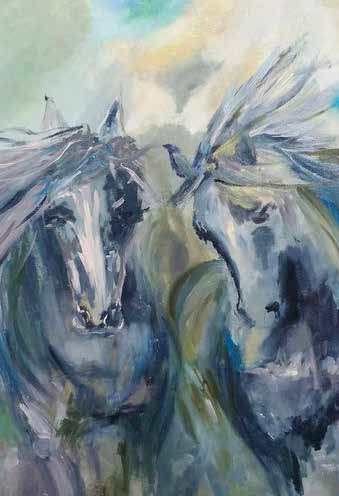 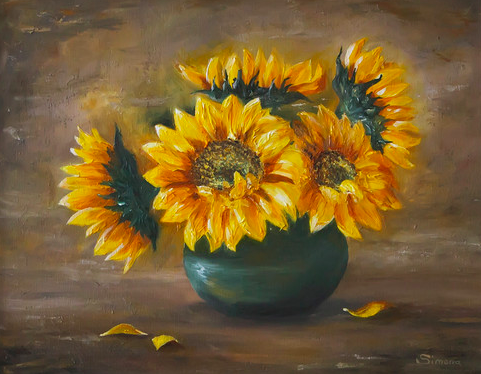 Her relationship with art evolved throughout her school years when her handbooks were full of drawings of animals, plants from her biology class, or anything that caught her artistic eye. Buna found her passion for the arts in many places and mediums over time, including in textiles and photography. When she lived in communist Romania, she loved sewing her own clothes to stand out from the crowd and express herself. This passion would follow Buna to the United States, where she moved in 2013.

After a long break from the arts, Simona Buna fell in love again with painting. Nickel Plate Arts was the first organization that Simona joined in this period of painterly renewal, which led to her first show in 2018. Since then, Simona has participated in Art Fair on the Square and was accepted as a member of the Hoosier Salon. Buna is also a juried CCA Gallery member, has shown work at Fishers City Hall, has joined HCAA and Oil Painters of America, and so much more.