Sheldon is married to Betty, and both reside in Noblesville. Besides his busy psychotherapy practice and hours spent painting, Sheldon conducts a Shaman Circle and participates in various workshops and trainings in Shamanic healing and energy medicine. He is active in both Nickel Plate Arts and the Hamilton County Artist Association.

Short draws inspiration in her efficient and sustainable art processes from her childhood. She says, “I grew up really, really poor, so when I’m not splurging on supplies I don’t need, I spend a lot of time trying to come up with ways to make things cheaply (and archivally if possible).” Short further describes her art process and style by calling most of her work “eviscera” art—a term she made up to represent the emotional combination of layered art that is truly meant to be interacted with. 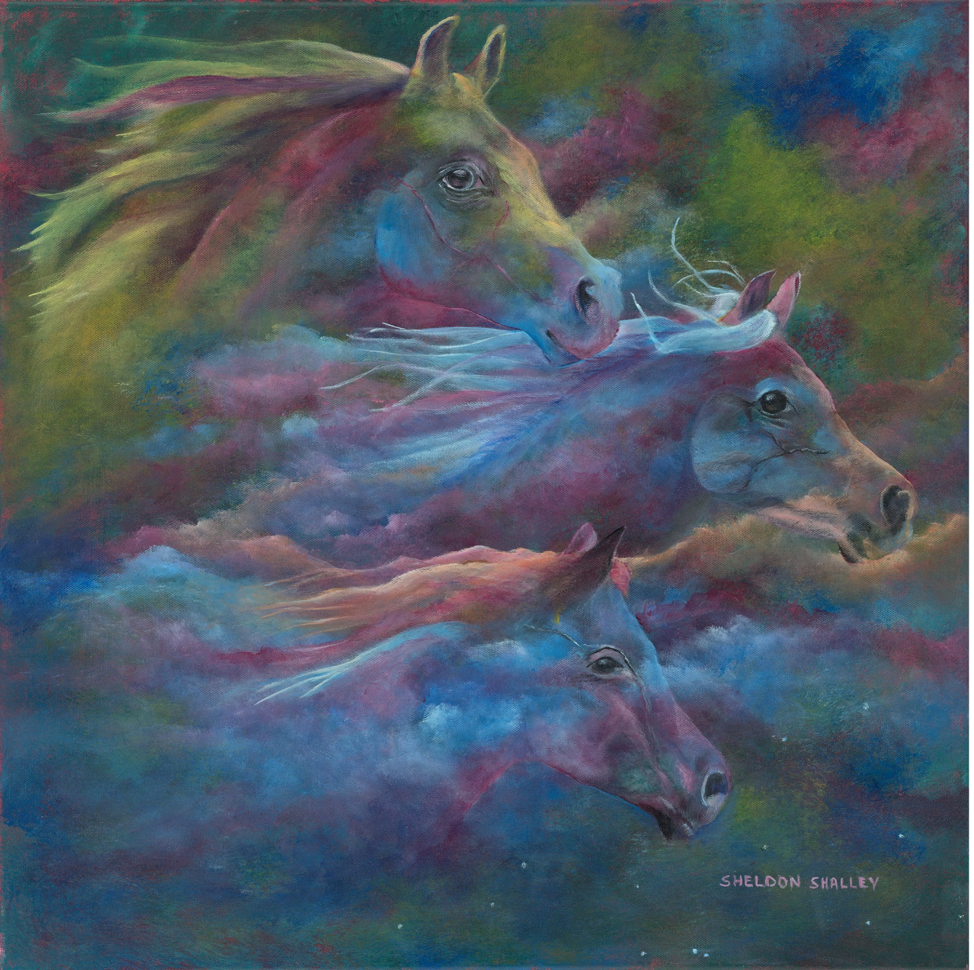 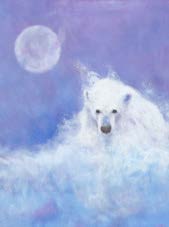 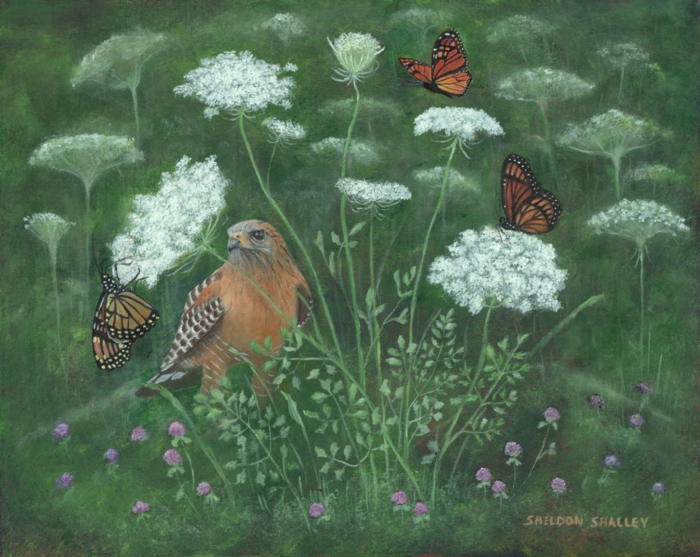 Sheldon began painting in 2001 in response to a dream in which he saw himself at a dinner where the host offered canvases and brushes in exchange for creating a painting. Shalley recalls that “it was like the painting process I was using in the dream was instructing me on how I was to paint.”

Adhering to his dreams’ suggestions, Shalley typically begins by painting several colors onto a canvas creating an undefined background. He then stares into the background until he sees an image emerging. He develops whatever he sees—a part of an animal, a bird’s beak, a nose, a person’s eyes, etc. He develops the images and allows the painting to emerge. Learn more at artbyshalley.com.