Michael McGuire’s backstory as an artist is a poignant one. On October 10, 2015, Michael was taken to the hospital and diagnosed with Dural Venous Sinus Thrombosis, a very rare brain bleed. Two days later, he was rushed into emergency surgery to reduce severe swelling and pressure on his brain by removing a portion of his skull (decompressive craniectomy). This surgery, although scary saved his life.

Michael had to start anew, learning how to walk and eat again. Since this monumental brain injury, Michael has developed Aphasia, which means that Michael knows what he wants to say but has trouble thinking of the right words to communicate. While communication is difficult for Michael, his wife Megan helps him work through this, and art gives him a medium to communicate with others. 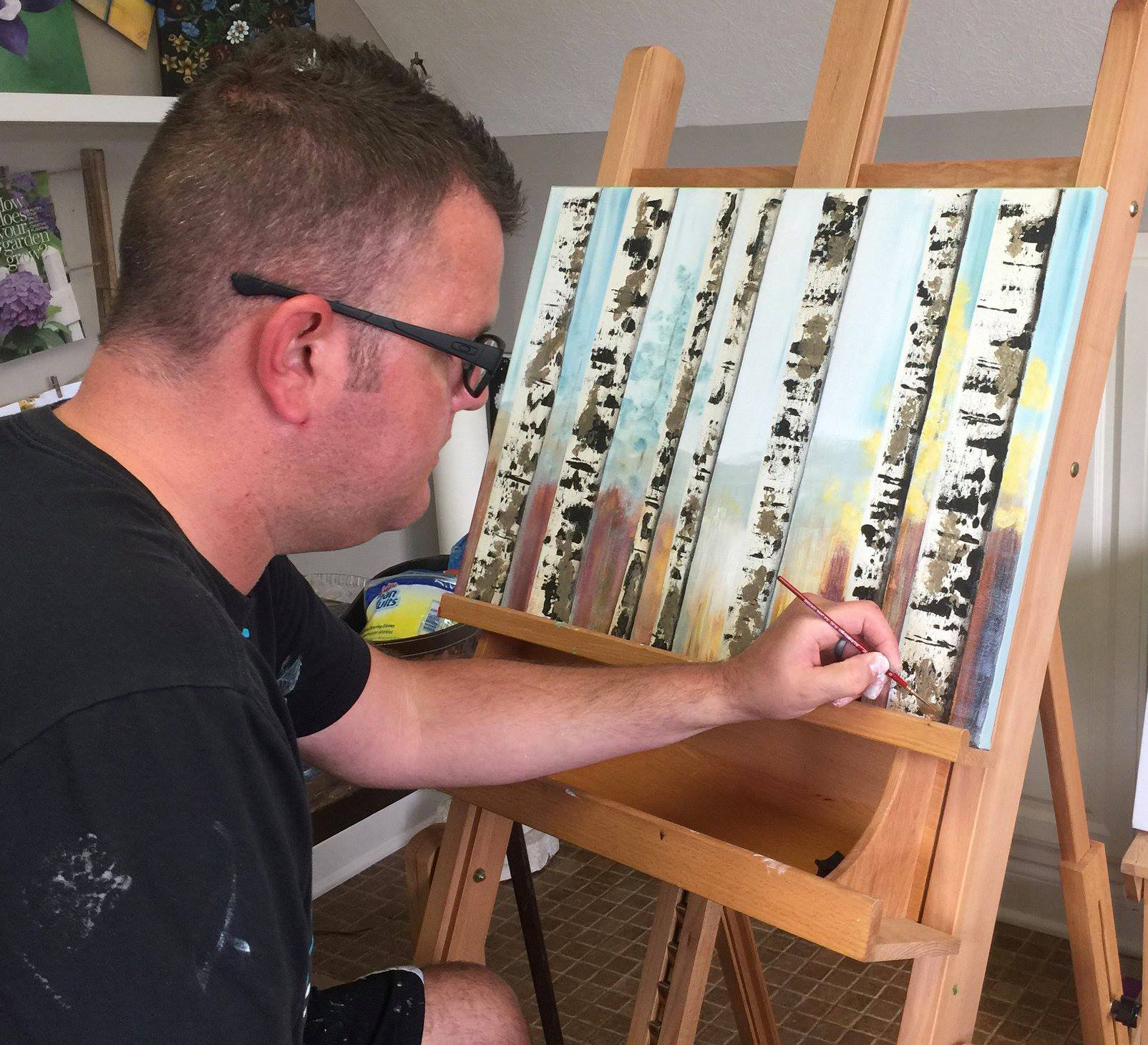 Michael discovered his hidden talent for painting one year after this journey began. He has a creative eye for color. Megan, his wife, says that his ability to paint such beautiful artwork is simply amazing, and a true blessing!

Michael has been painting for about four years now, largely in acrylic media and styles on canvas. His creative process begins with only a rough idea of what he wants to paint. McGuire then picks the right size canvas and colors of paint, letting his subject matter guide him. He draws inspiration from many different things, painting whatever he is thinking or feeling. His wife Megan says, “sometimes he will pause a TV show we are watching to admire a painting in the background or wander away from me to look at a painting on the wall if we are out somewhere together.” 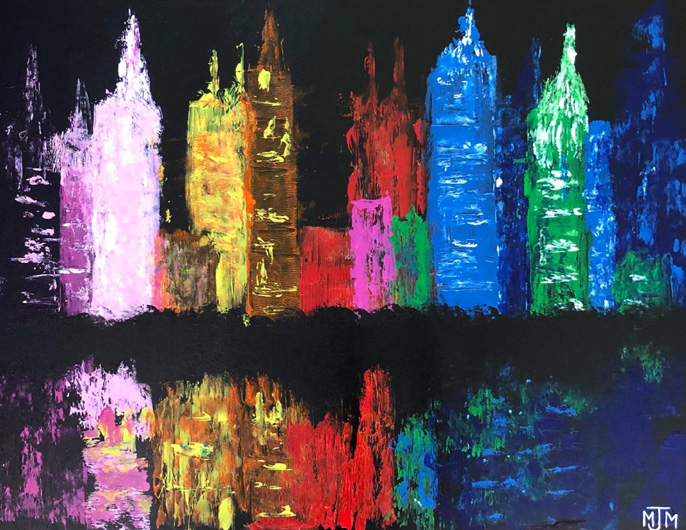 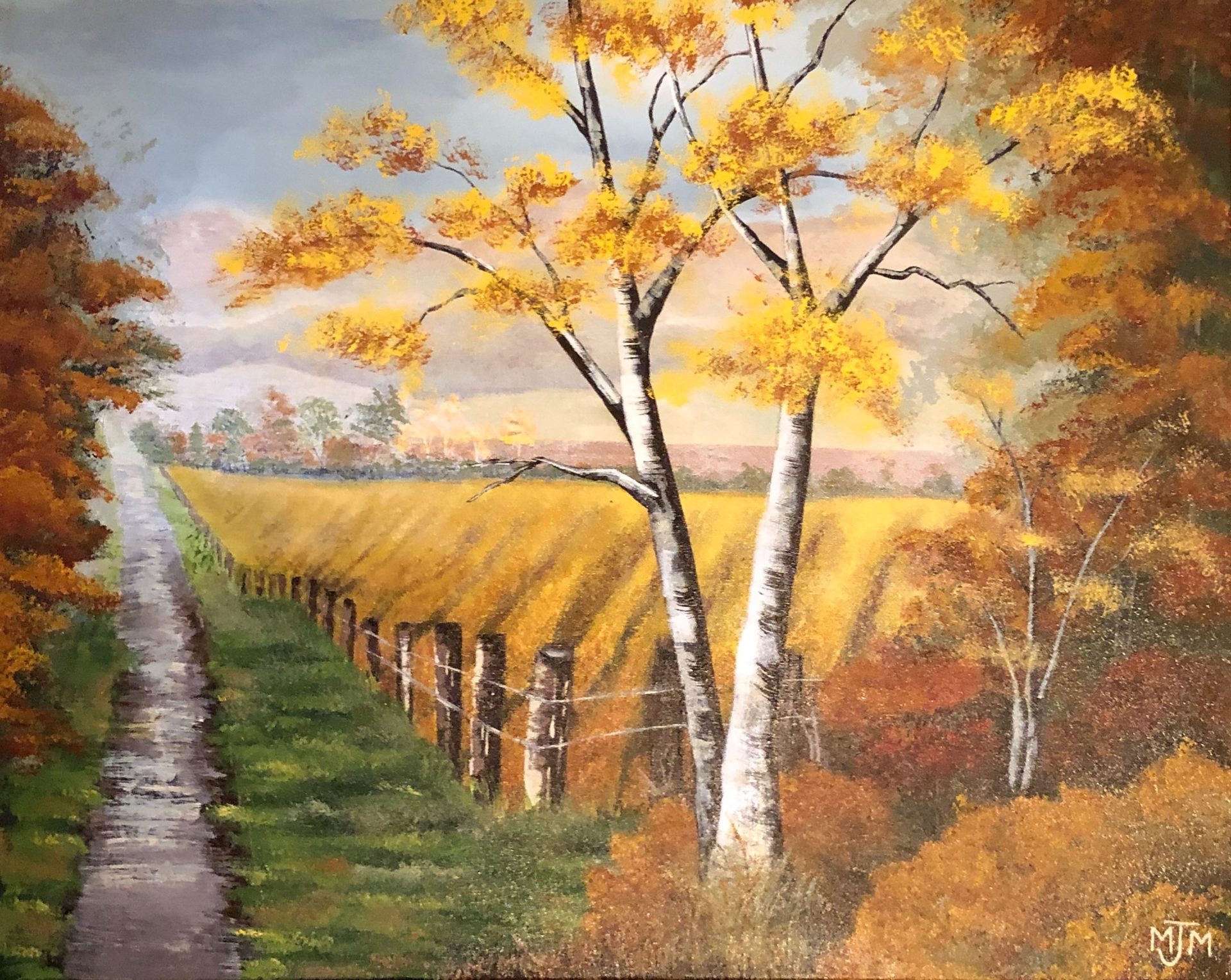 Michael’s art along with signed prints, decks of cards, stationery, desktop plaques, shopping bags, and more can be purchased through Nickel Plate Arts, in NobleMade in downtown Noblesville, and at various art shows and vendor events. He also has a website where you can place custom orders at artbymichaeljmcguire.com.