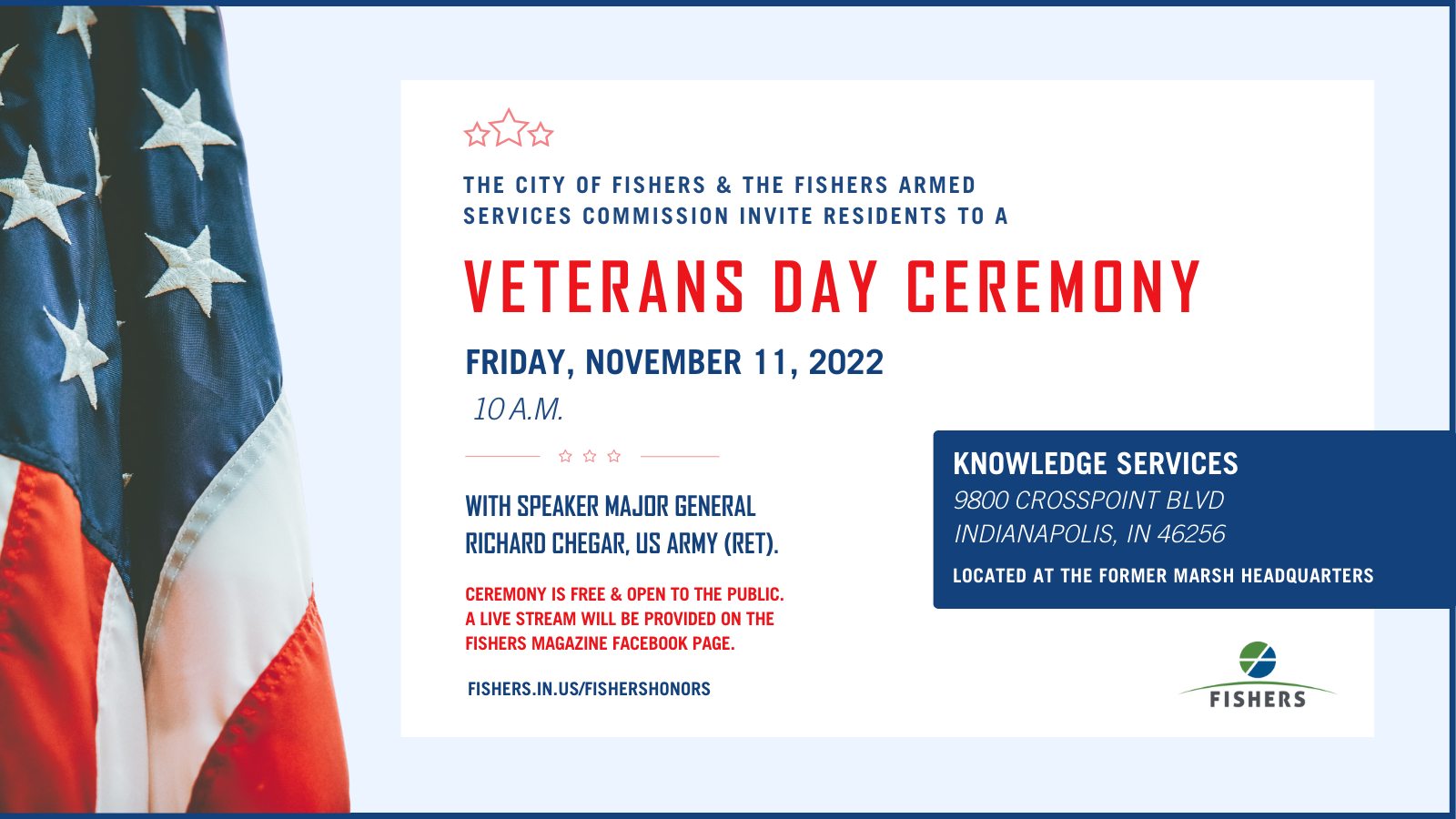 On Friday, November 11, the City of Fishers and Fishers Armed Services Commission invite residents to a Veterans Day Ceremony at 10 a.m. at Knowledge Services (9800 Crosspoint Blvd, Indianapolis, IN 46256). Knowledge Services is located at the former Marsh Headquarters along I-69.

This year’s guest speaker is MG Richard Chegar, US Army (ret). General Chegar graduated from West Point in 1962. Following Infantry, Airborne and Ranger training, he served with the 173rd Airborne Brigade in Okinawa and Vietnam. During his career, he was decorated for valor and distinguished service. In retirement, he has served as CEO of the Patton Museum Foundation at Fort Knox and has been inducted into the Indiana Military Veterans Hall of Fame.

This ceremony is free and open to the public. A live stream will be provided on the Fishers Magazine Facebook Page.