June is the month that LGBTQIA+ Pride is celebrated around the world as a way to commemorate the Stonewall riots that occurred after police raided the Stonewall Inn, a gay club, in New York on June 28, 1969. Community members, staff, and bar patron joined leader Marsha P. Johnson, a Black, transgender, bisexual woman in riots that lasted for six days as LGBTQIA+ people demanded safe places to gather without fear of arrest for their sexual orientation.

One year after the Stonewall riots, Brenda Howard, the ‘Mother of Pride,’ organized the first Gay Pride Week and the Christopher Street Liberation Day Parade. Soon after, the New York City Pride March was formed and other communities across the globe began hosting their own Pride parades, parties, rallies, concerts, and entertainment events. Pride month is a time for LGBTQIA+ people to proudly celebrate and embrace who they are.

Harvey Milk, a gay politician, asked his friend Gilbert Baker to create the first Pride flag for the 1978 San Francisco Pride Parade. The original flag contained eight stripes; however, it was later simplified to six stripes, red, orange, yellow, green, blue, and purple. In 2018, the Progress Pride flag was created by Daniel Quasar, a non-binary artist. The Progress Pride flag is meant to be more inclusive. In addition to the six rainbow colors, it includes brown and black to represent marginalized LGBTQIA+ communities of color; and pink, blue, and white to represent transgender people. 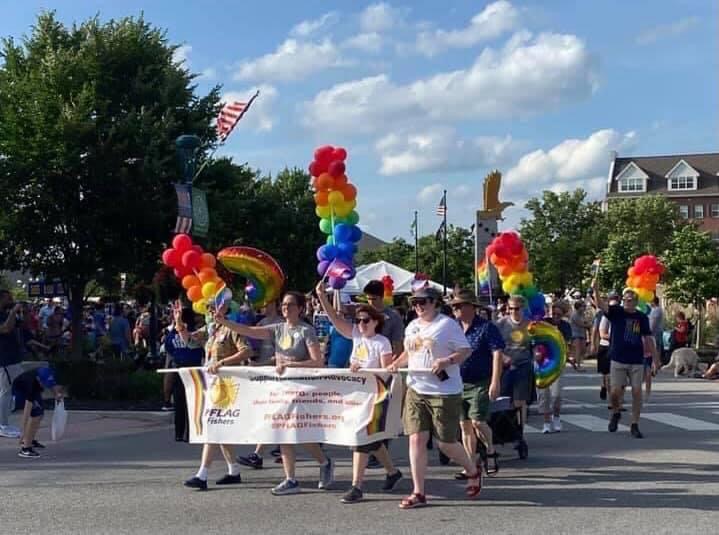 While Fishers does not have an official Pride event, community members, members of PFLAG Fishers, and students and families of HSE Schools participated in the Spark!Fishers parade and festival in 2019 and 2021. We invite you to celebrate Pride by flying your own Pride flag, walking with PFLAG Fishers in this year’s Spark!Fishers parade or stopping by our festival tent for goodies and educational literature. You may find many Pride items and flags at Target and Silver in the City at the Carmel and Indianapolis locations.

PFLAG Fishers is one of over 400 national PFLAG chapters. Our mission is to build a foundation of loving families united with LGBTQIA+ people and allies who support one another, and to educate ourselves and our community to speak up as advocates until all hearts and minds respect, value, and affirm LGBTQIA+ people. 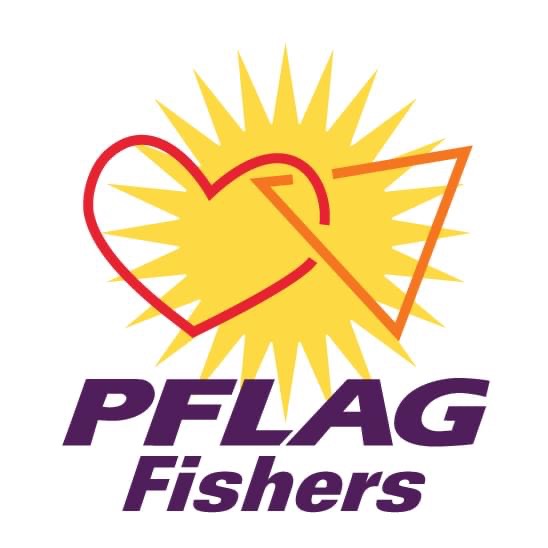 PFLAG Fishers believes that LGBTQIA+ pride and advocacy is something to be celebrated every day. We have collaborated with Conner Prairie, The Ignite Studio in the Hamilton East Public Library, Indy Fuel, and the Delaware Township Government Center to host events to celebrate LGBTQIA+ people, offer education, support, and safe spaces for people to gather and build relationships. PFLAG Fishers received a grant from the Fishers Arts and Cultural Commission for Fishers community members to create a mobile mural that was on display at the Ignite Studio and will be displayed during Spark!Fishers. 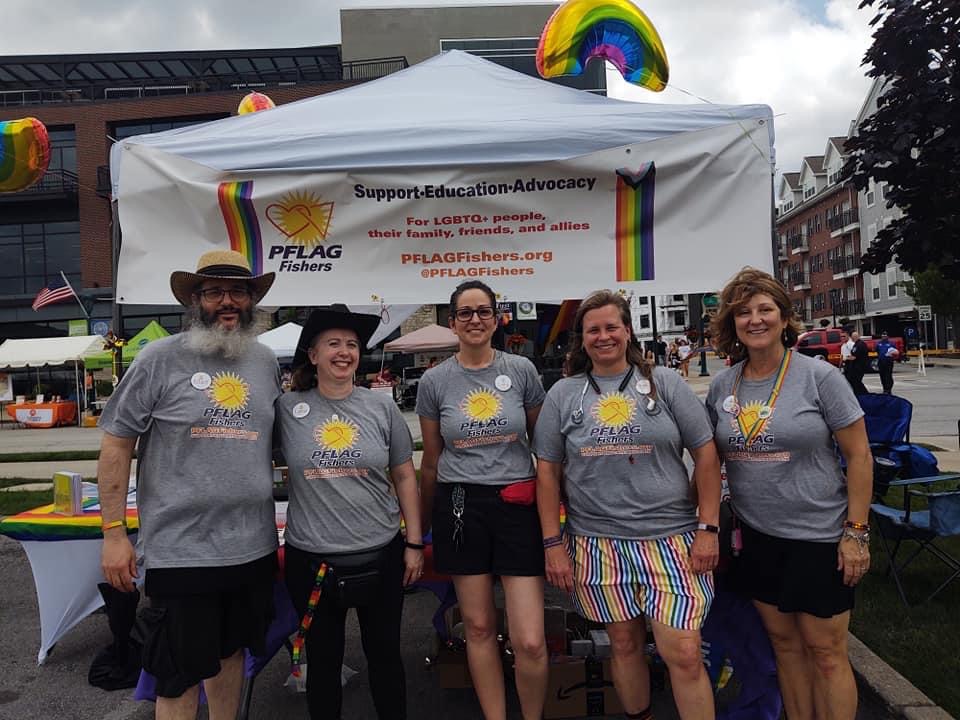 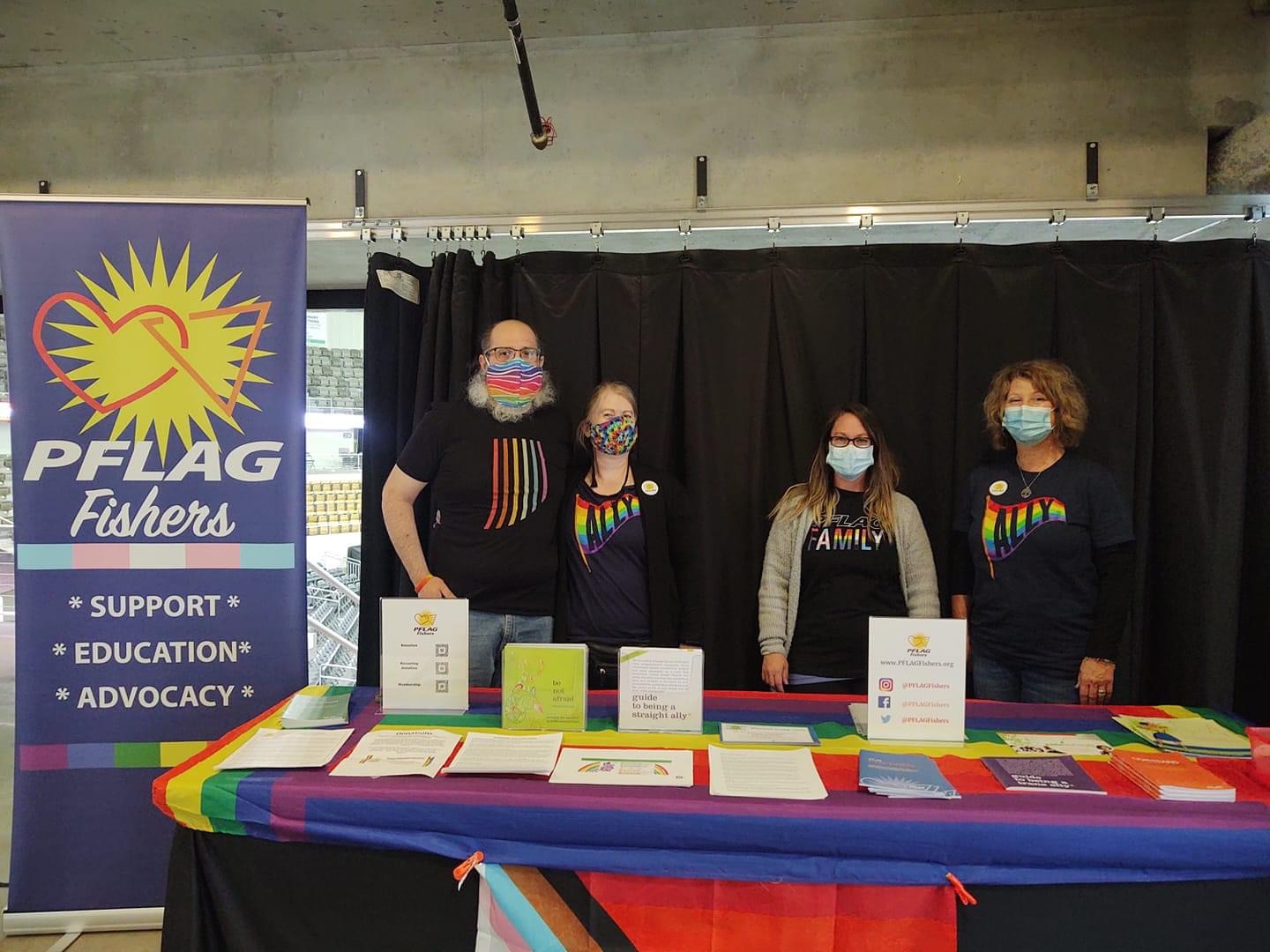 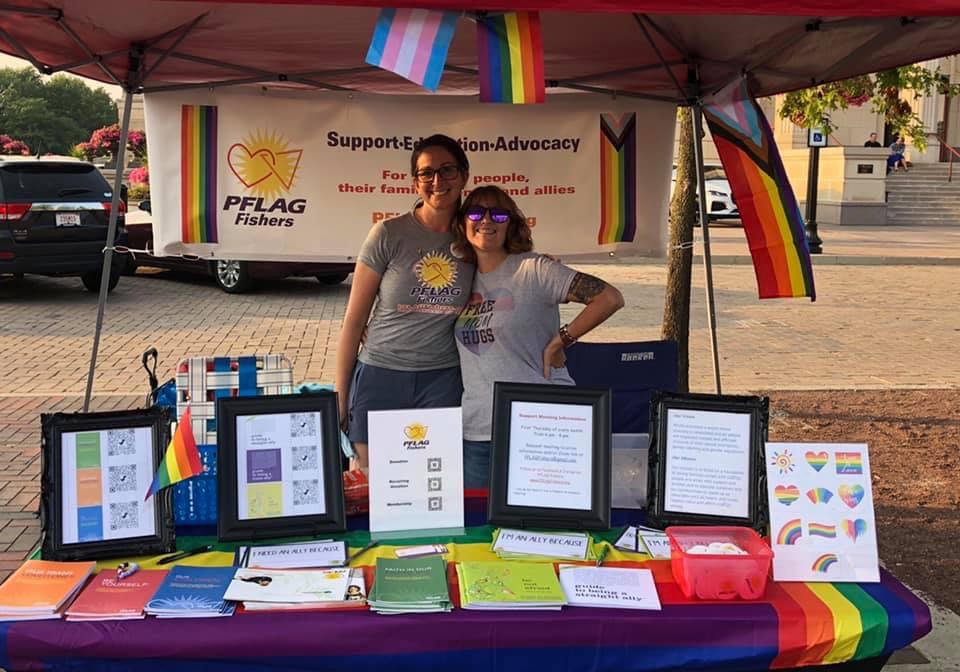 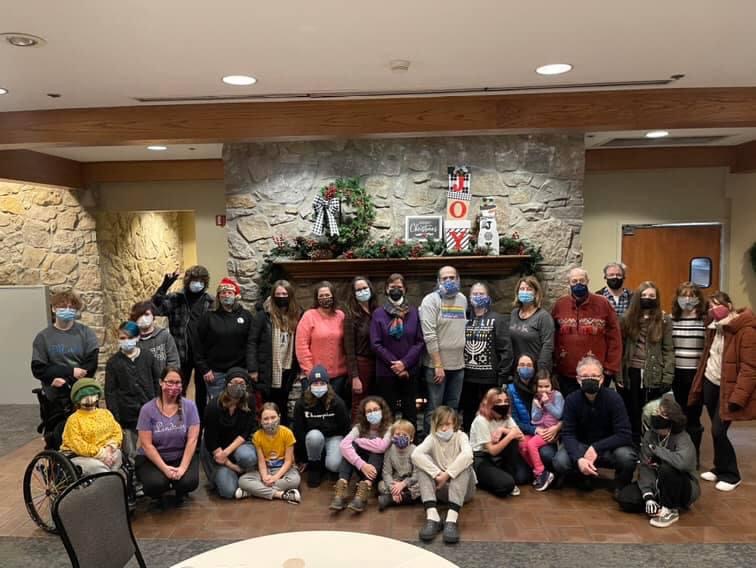 We have reached over 100 families and countless individuals through participation in Spark!Fishers, Non-Profit Day at the Fishers Famers Market, the Celebration of Equity in Education in Carmel, as vendors at the Indy Fuel hockey games, Fishers Boo Bash, hosting guest speakers, and attending the Indiana School Counselors Convention. We have supported families in navigating health care, faith, family, and equity in schools.

For more information, email PFLAGFishers@gmail.com. As a non-profit, we greatly appreciate donations in order to continue participating in local events to provide education, support, and advocacy.

HAPPY PRIDE IN JUNE AND ALWAYS!

PFLAG Fishers provides support, education, and advocacy for LGBTQ+people, their family and friends, and allies. Our board members enjoy attending community events and activities as well as dining and shopping in locally owned businesses. We love connecting with others, laughing, hanging out together, and lifting each other up. Learn more on our website and follow us on Facebook, Twitter, and Instagram.