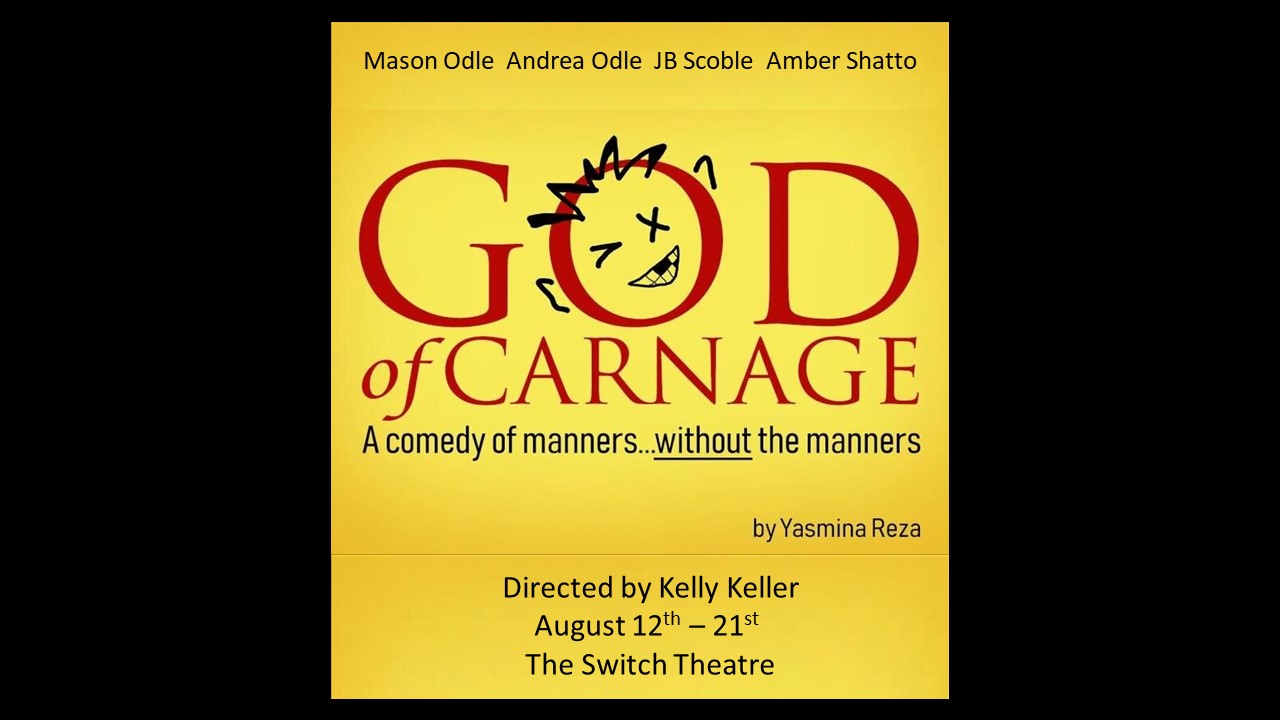 Winner of the 2009 Tony Award for Best Play, GOD OF CARNAGE relates an evening in the lives of two couples, residents of a tony Brooklyn neighborhood, who meet to discuss a playground incident. Alan and Annette’s son hit Michael and Veronica’s son in the face with a stick, resulting in two broken teeth. The four of them agree to discuss the incident civilly, but, as the night wears on and drinks are imbibed, the polite veneer breaks down. The couples initially spar against each other, but the men gang up on the women and the spouses switch sides as the fighting continues. Reza’s play suggests that our civilized trappings do a poor job of hiding our venality and bile.