A Smart, Vibrant, and Entrepreneurial City energized by and experienced through Arts, Architecture, and Culture.

The City of Fishers Common Council established The Commission with the purpose to “assist the City in becoming a community in which arts and cultural activities are recognized as vital components of community life, valued and promoted for their economic benefits, and represent and integral part of establishing a vibrant community and lifelong learning”. For the full duties, powers, and procedures, see Appendix A for the Ordinance.

Learn more and see the master plan at https://www.fishers.in.us/1106/Fishers-Arts-Culture-Commission

To reflect both what the community is today what it hopes to be in the future… A Smart, Vibrant, and Entrepreneurial City energized by and experienced through Arts, Architecture, and Culture. 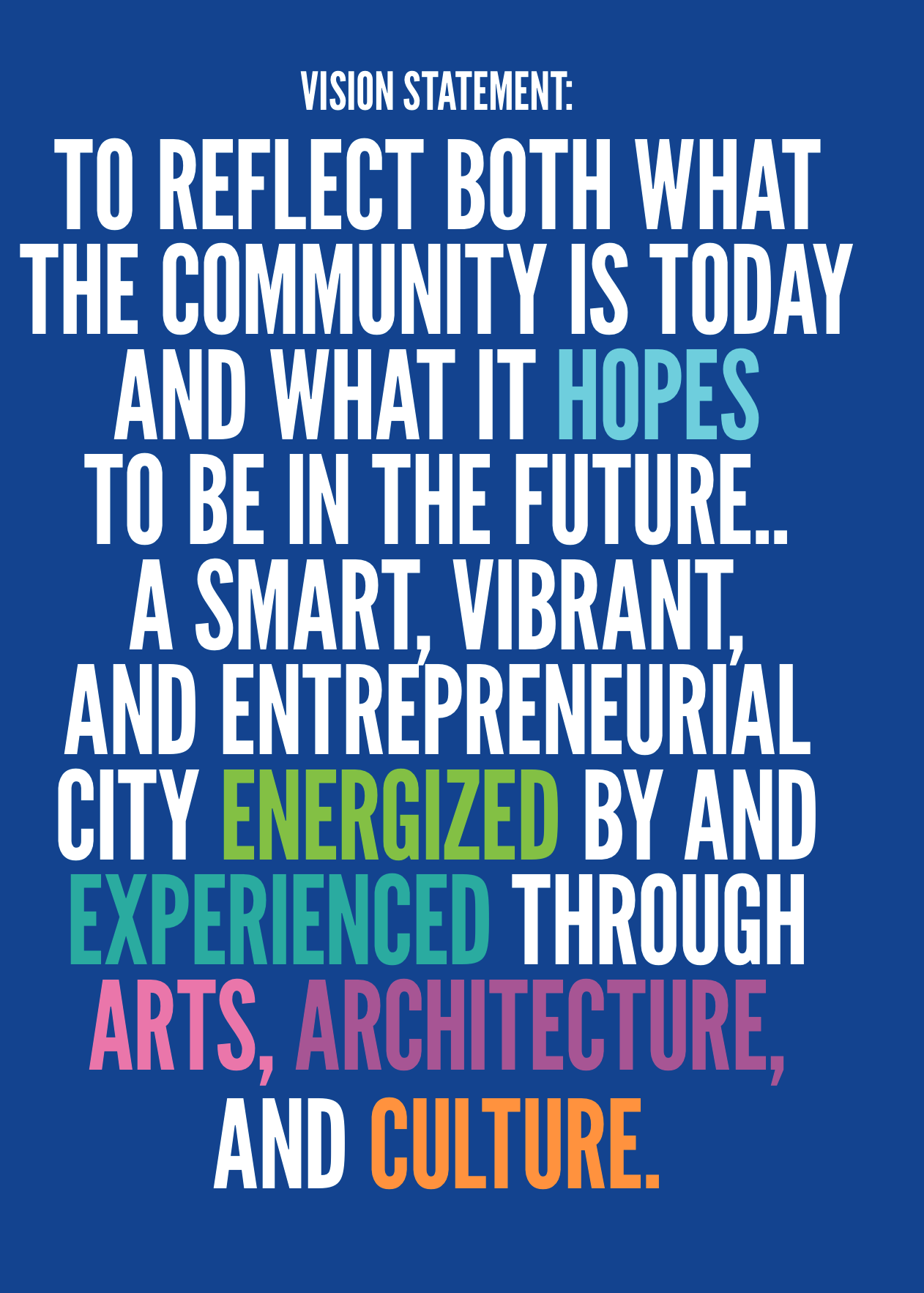 Fishers Art & Culture efforts should include a wide range of expression and make art accessible to everyone
and should reflect the diverse people who live and work here.

Fishers Art & Culture efforts should be part of the fabric of the Fishers experience and evoke pride in our
history, who we are and where we are going.

Fishers Art & Culture efforts should include ever-changing elements that are interactive and experiential,
spark curiosity and inspire deeper connections with the people and world around us.

Fishers Art & Culture efforts should seek partnerships with the city, schools, entrepreneurs, and businesses
to support art and to foster local artists and makers of all ages.

Fishers Art & Culture efforts should embrace artistic agility without “fear of failure” and serve as a conduit
for ideas to spring forward.

Fishers Art & Culture should support professional development opportunities for artists and promote lifelong learning for all ages, with a STEAM-focus. (Science, Technology, Engineering, Art, and Math).

Cecilia Coble has served on the Fishers City Council since 2015, where she currently serves on the Non-Profit and Finance Committees. In January 2020, Coble made history as the first woman to serve as Fishers City Council President. Coble is a special-needs parent and strong advocate for the disability community, serving as co-chair the Fishers Advisory Committee on Disability.  In 2017, the City of Fishers was the recipient of the Champions of Inclusion Award as the result of the Committee’s efforts to bring more awareness, education, and celebration of individuals with physical and developmental disabilities in Fishers.

Coble received her B.A. from the University of Arizona and she holds a J.D. from the Indiana University Robert H. McKinney School of Law in Indianapolis. After law school, she worked as a Government Relations Representative for Bank One Consumer Lending Group, and as a Project/Account Manager for Pangea Lingua Translations & Communications in Indianapolis. She currently serves on the boards of the Accelerate Indiana Municipalities and the Giving Hope Foundation. Coble is an associate member of the Christamore House Guild and a former member of the Junior League of Indianapolis. She is (delete also) a former co-chair of the Indiana Chapter of The Autism Community in Action (TACA), and a former board member of the Indiana Governor’s Council for People with Disabilities, and the Bev Hartig Huntington’s Disease Foundation.

Coble has been married to her husband, Mike, for 27 years. They have two daughters, Capri, a college sophomore and Crysta, a high school student with developmental disabilities. Coble is passionate about highlighting the artistic talents of those with unique abilities in the Fishers community.  She enjoys the performing arts and traveling with her family.

Owner of ACo and Founder of Hub & Spoke

A persistent and successful entrepreneur, David Decker is the founder and owner of ACo, a flooring, cabinet and kitchen & bath remodeling company. He is also the founder of Haven, a design and construction industry marketing firm & lifestyle publication. His latest endeavor, Hub & Spoke, was created to foster discovery of purpose and cultivate passion in children of all ages through experiential and entrepreneurial based exploration and learning. Hub & Spoke Consists of a Design Center where homeowners and trade professionals can shop for the latest trends, a Coworking and Event space, an Art Gallery open to the public, and a one-of-a-kind Makerspace and Training Facility featuring tools, manufacturing equipment, and an art studio space where youth, adults, and entrepreneurs are empowered to create, discover, innovate, and explore their passions with the support of training and educational assistance.

Hub and Spoke’s Design Center consists of retail showrooms where homeowners and trade professionals can shop for the latest home products and a place hobbyists, entrepreneurs, and students can design and create alongside the building and design industry in the one-of-a-kind Makerspace.

Growing up in a family-run business, Decker spent his summers working alongside his father, where he learned the values of work ethic and entrepreneurial ethos. His subsequent college experience sparked an awareness of the need to fuse industry and education, due to the glaring absence of hands-on learning from his college courses. After discovering a love of architecture, but not getting the experience he wanted, he left school to pursue working full-time. Decker finally found his passion when he launched his design and remodeling company. Decker hopes that Hub & Spoke will help those at any stage of life to uncover their own purpose and passion. 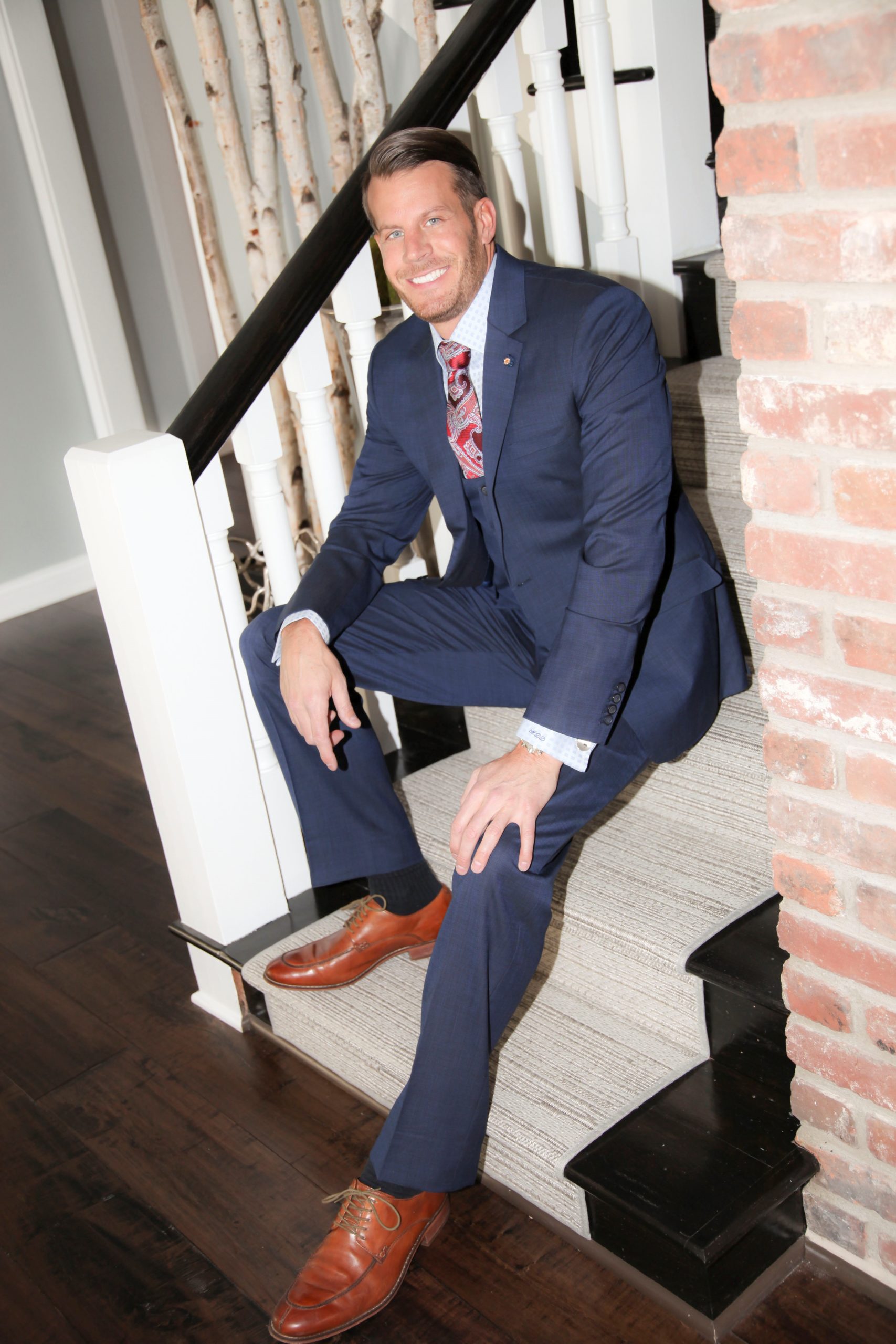 Follis is a social studies teacher at Hamilton Southeastern High School and a professional sculptor. In 2013, he founded Sillof LLC to showcase his sculptures and work he has done for Disney/Lucasfilm and the television show Supernatural, as well as individual work he has done, notably for Guillermo Del Toro, Seth Myers, and Patton Oswalt. As a filmmaker, he has worked as a producer and in the production design and art department field on over 15 films. Most recently, he served as the art director for The Storyteller, which won the Audience Award at the 2018 Heartland Film Festival.

For 20 years, he has been educating and creating a passion in students for film by teaching an after-school film studies course. In 2014, he formed the student production company, Olio Road Productions, which gives students the unique opportunity to create a completely original, feature length film each year.

Follis has a degree from Ball State University and has served as a trainer and guest speaker on the topics of culture, religion, and First Amendment issues. He has been selected as an ambassador to Fishers’ sister city, recognized by the U.S. State Department for teaching religion and tolerance, and has served as a member and chair of HSE District level committees for Equity and High Ability Planning. Earlier this year, Follis received the first-ever Arts Educator of the Year Award from Nickel Plate Arts. Follis lives in Fishers with his wife, Tammy, and daughter, Katie. 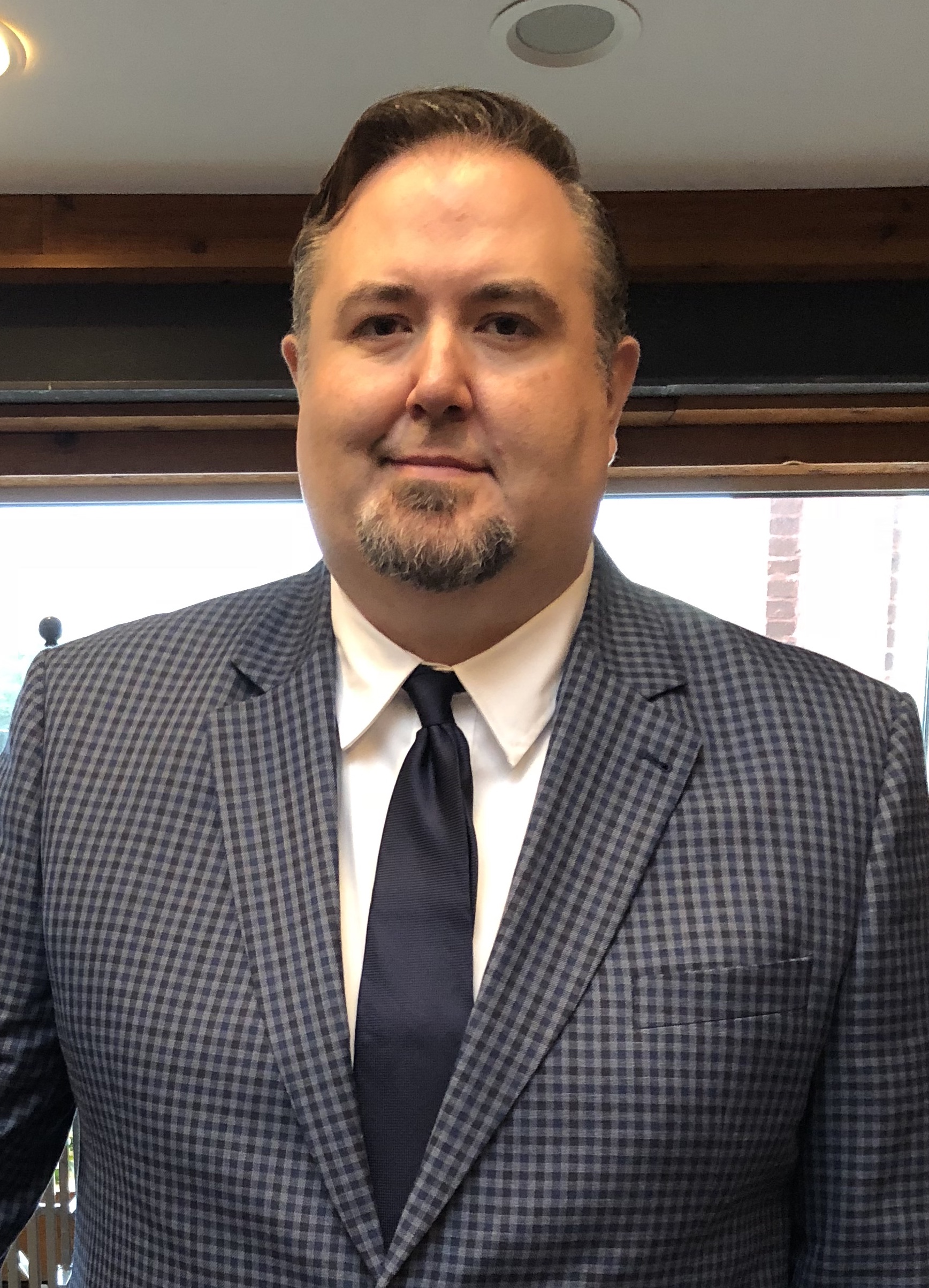 Kathryn is responsible for the care and display of the fine art collection, exhibitions administration and operations of the 152-acre Newfields campus as well as two additional historic sites in Indianapolis and Columbus, Indiana. As COO she is responsible for managing the maintenance and security of capital assets including new projects identified through the master planning process. These projects involve either new construction or renovation of existing structures within the museum, Fairbanks Art and Nature Park, and Oldfields-Lilly House and Garden. Haigh is also responsible for the development and implementation of Newfields’ sustainability, culinary and historic preservation programs.

Kathryn studied Art History at the University of Cincinnati and has been working in fine art museums for 26 years. Before coming to Newfields, she was the Chief Registrar at the Cincinnati Art Museum. In 2007, she relocated to Fishers with her family. Her daughter, Madeleine, is a graduate of Hamilton Southeastern High School and attends Ball State University where she studies Interior Design. Her son, Ryan, is a sophomore at Hamilton Southeastern High School. 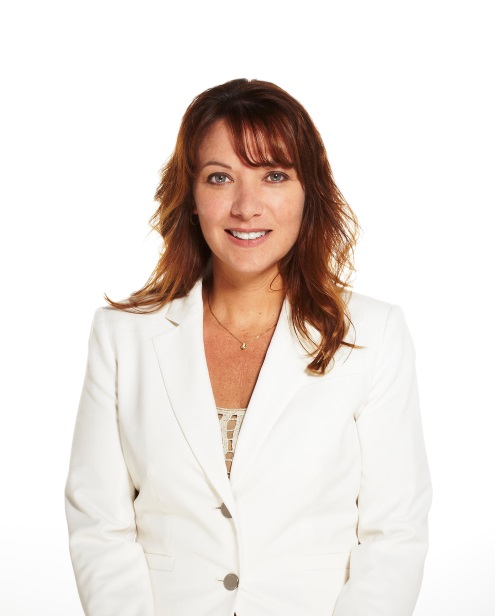 Lingner began his career with the 2009 National Tour of Twyla Tharp’s Moving Out, where he was one of the youngest performers to ever dance the principal roles of Eddie and James. He has been a featured guest artist with Gregory Hancock Dance Theatre, Indianapolis School of Ballet, New Albany Ballet, Peoria Ballet, in the Young Stars of Ballet Gala presented by Indianapolis City Ballet, and Chamber Dance Project in Washington D.C. In 2012, Sonya Tayeh created a new work on him for a NFL Super Bowl-Super Cure event.

Lingner studied ballet in the Jacobs School of Music at Indiana University. He joined Cincinnati Ballet in the 13-14 50th Anniversary Season in the Corps de Ballet. While with the Cincinnati Ballet, Lingner performed in works by Adam Hougland, Victoria Morgan, Trey McIntyre, Septime Webre, Viktor Plotnikov, Jessica Lang, Jennifer Archibald, Annabelle Lopez Ochoa, Yuri Possokhov, and Kirk Peterson. He toured with Cincinnati Ballet to The Joyce Theatre in New York City and the Kennedy Center. His musical theatre credits include Hairspray (Oasis of the Seas), Guys and Dolls (Flatrock Play House), and Jerome Robbins Broadway (The MUNY). As a producer, Lingner was nominated for a Tony Award as a Co-Producer for Broadway’s On the Town and Best Show of 2016 for his production of the first Ballet Royalty Gala in Havana, Cuba. 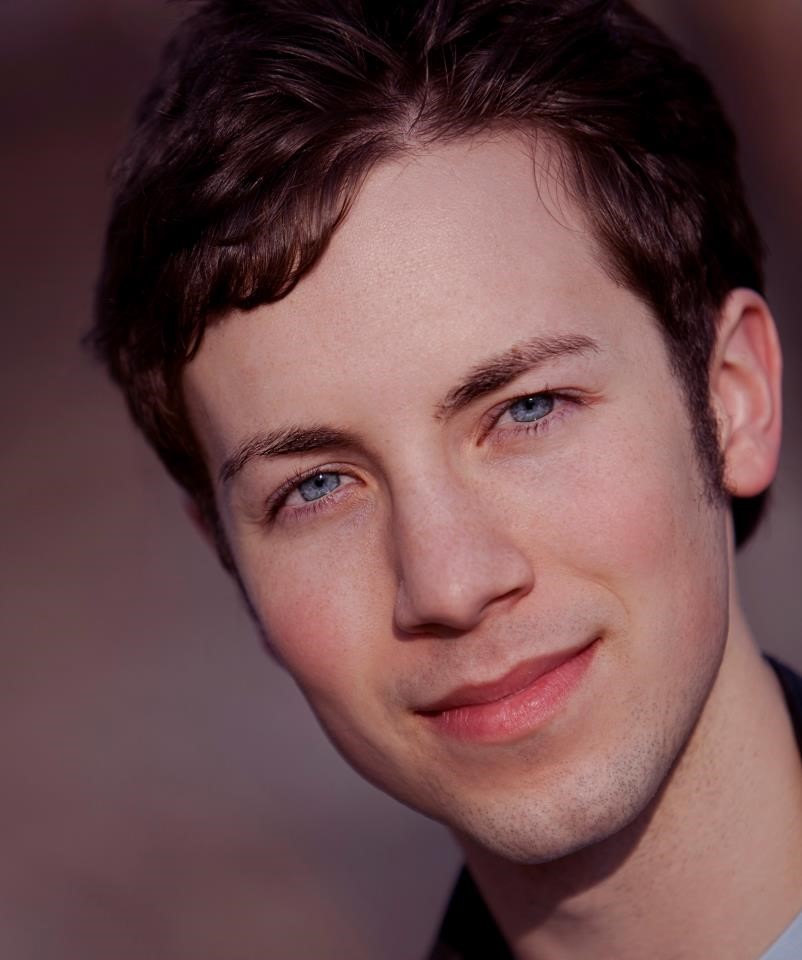 Sanchez serves as legal counselor and strategic advisor to Endress+Hauser, Inc. USA and oversees all legal and compliance functions of the North American organizations. She leads the company’s Women’s Integrated Network, serves on the Philanthropy Committee, and is a member of the Steering Committee for the Community Career Education Forum.

Prior to joining Endress+Hauser, Sanchez was a partner in the Litigation, Appellate and White Collar Crime Practice Groups with the law firm of Bose McKinney & Evans, LLP in Indianapolis, Indiana. Before joining Bose McKinney, she served as a judicial law clerk for Chief Justice Randall T. Shepard of the Indiana Supreme Court.

Sanchez received her Bachelor’s degree in business administration at the University of Puerto Rico, and a Jurisdoctorate Degree at Indiana University Maurer School of Law. She is active in the community and serves on numerous boards, including the Indianapolis Zoo, Central Indiana Community Foundation, IU Maurer School of Law Alumni Board,, Indy Chamber’s Regional Strategy Council, Aspire Economic Development + Chamber Alliance, and IFSA-Butler. Sanchez was named as one of the Indianapolis Business Journal’s Forty under 40, was named one of IBJ’s Women of Influence in 2019, and was a Nominee for the YWCA Salute to Women of Achievement Award in 2010. She is a graduate of the Stanley K. Lacy Executive Leadership Series, the IBA Bar Leader Series IV, and the FBI Citizens Academy. 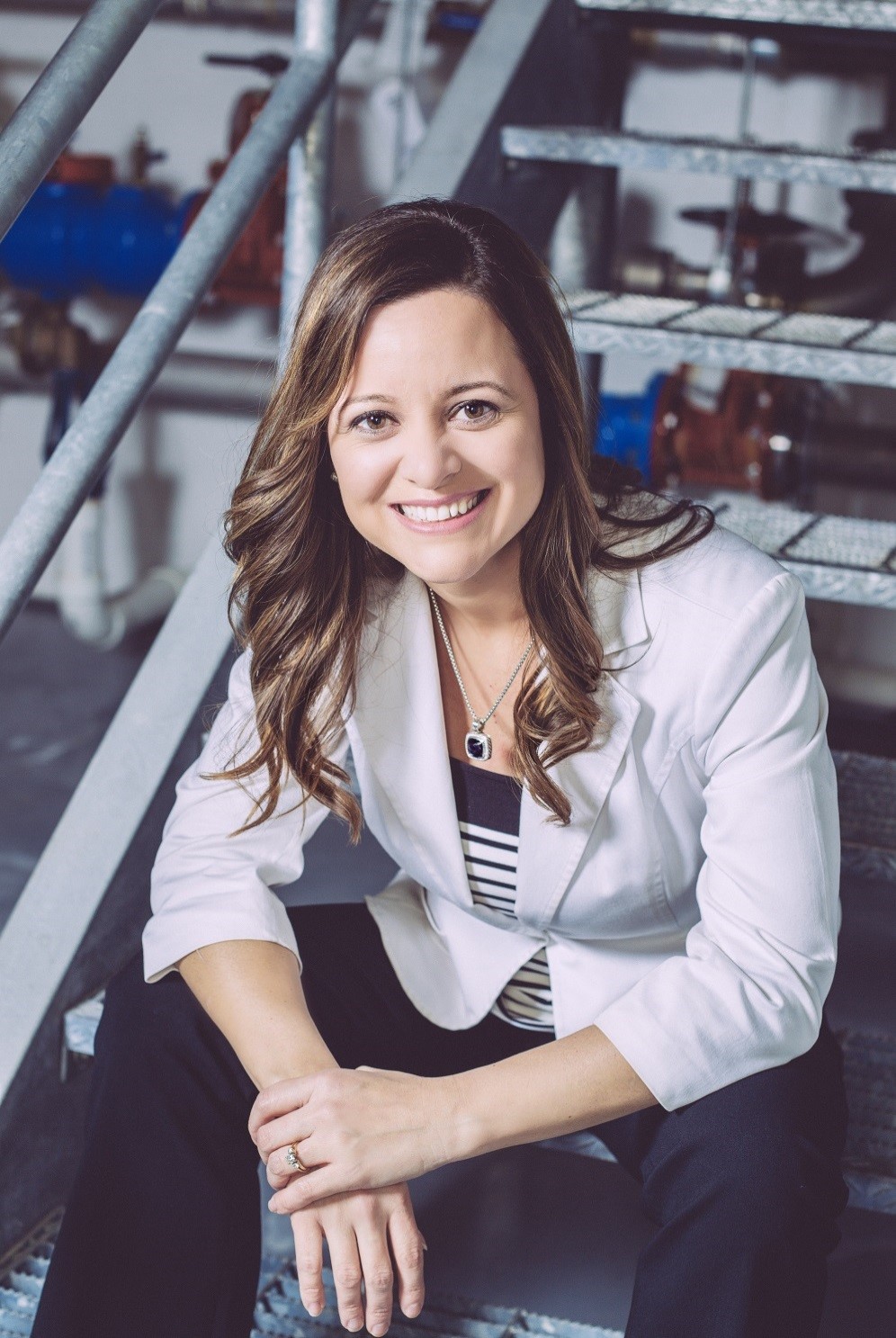 Vare is an At-Large member of the Fishers City Council and has served as an arts volunteer in Fishers for over 13 years. She currently serves as board secretary of Nickel Plate Arts and president of Fishers Music Works, the community’s performing arts non-profit organization. She has previously served as Fishers Arts Council president, Historic Ambassador House board member, Fishers 2040 Plan task force member, steering committee member for the successful Statewide Cultural District application, and a coordinator of the annual Arts Crawl event.

Jocelyn is a graduate of Indiana Communities Institute’s Economic Development and Community Development Courses, Fishers City Government Academy and Hamilton County Leadership Academy. She is a member of the Fishers Community Chorus and has performed with Nickel Plate Players on the Nickel Plate District Amphitheater stage.

Jocelyn started her own company in Fishers in 2002. Propeller Marketing is an advertising agency that promotes Indiana communities for tourism and economic development and is a certified Indiana Women-Business Enterprise. Propeller’s office is located in the historic Eller House in Fishers. 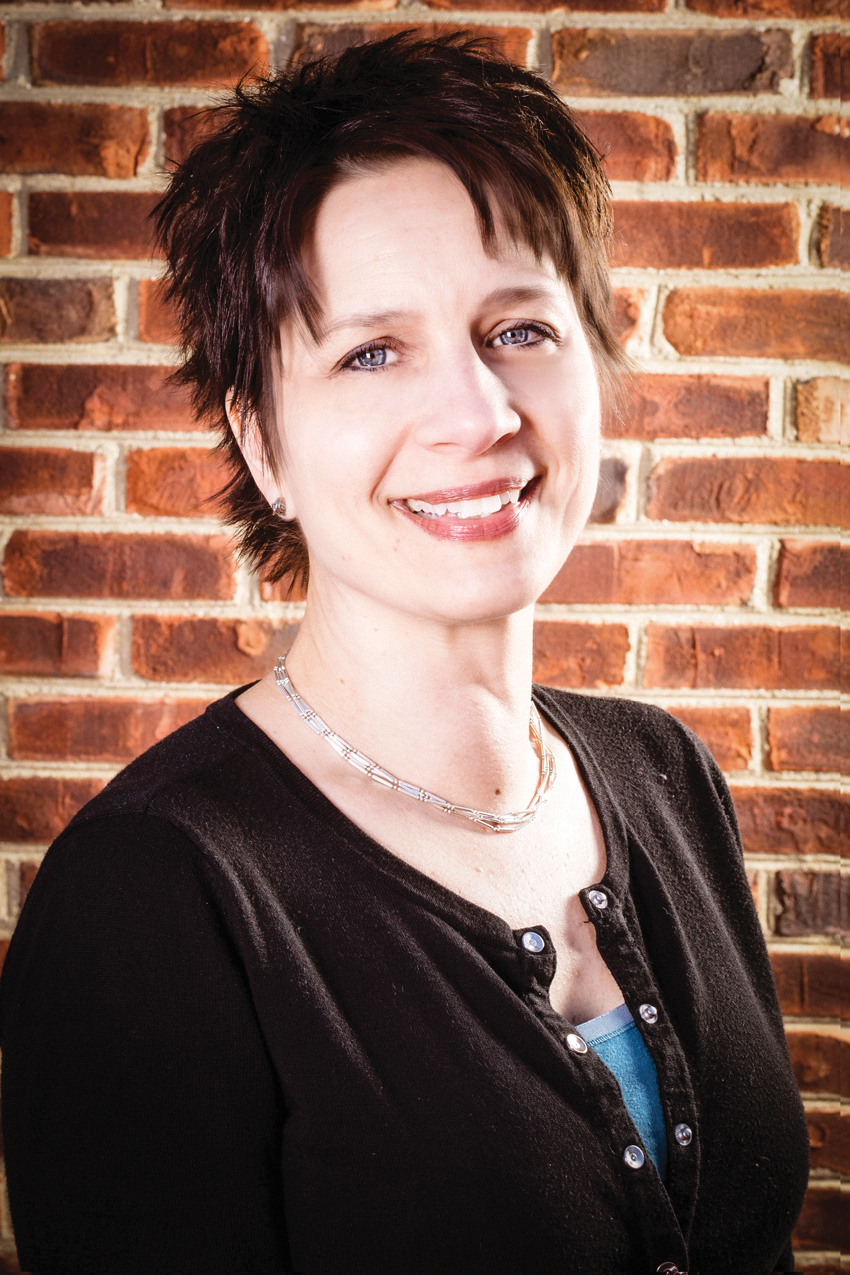